I want to ask about how the update flow Freshdesk App works. I have a custom app and I deploy the new version. As can be seen from the picture, the two versions are both Internally Live, which is quite confusing. 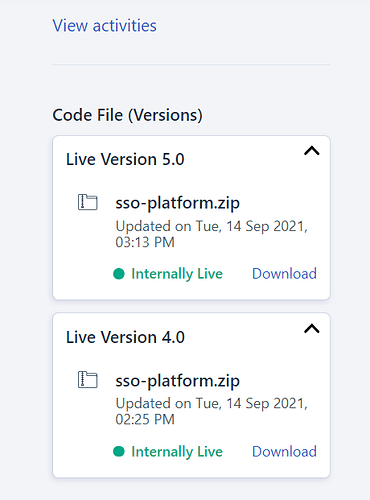 Moreover, there are two sites to Add New Apps and Update New Versions, which makes me very confused. Which page should I use? 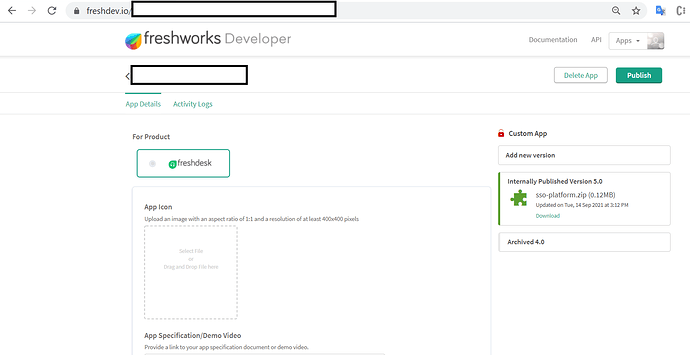 Finally, is the update flow of the Custom App similar to App Marketplace?

Hope you are safe.

When we update an app, the app will directly be updated to the latest version irrespective of n number of intermediate versions. 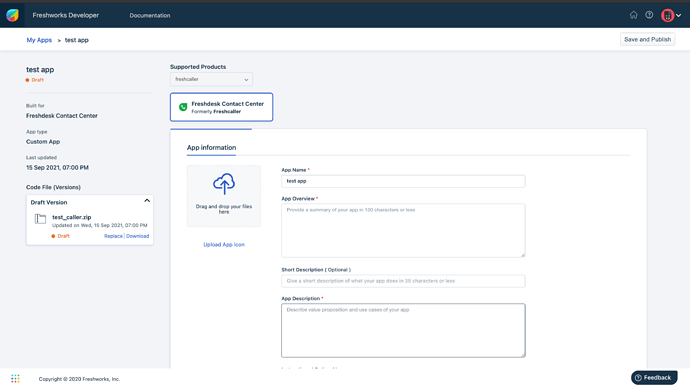 Hope this is clear. If you still have doubts please feel free to ask.

Hello, today I am trying to use the following page to update my custom freshdesk app: 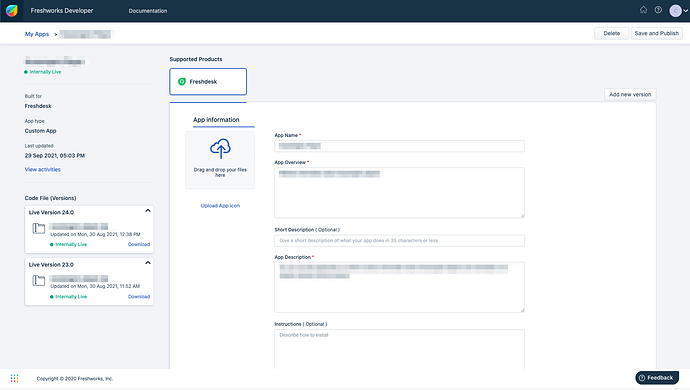 This is the first time I’ve seen this updated UI - previously I always used the old version. Pressing “Add new version” doesn’t do anything - how do I update my application?

While this still isn’t working in Chrome, I switched to Safari and it seems to be working there.

Can you please open the network tab and click on “Add new version” button and share the HAR logs with us for further debugging?